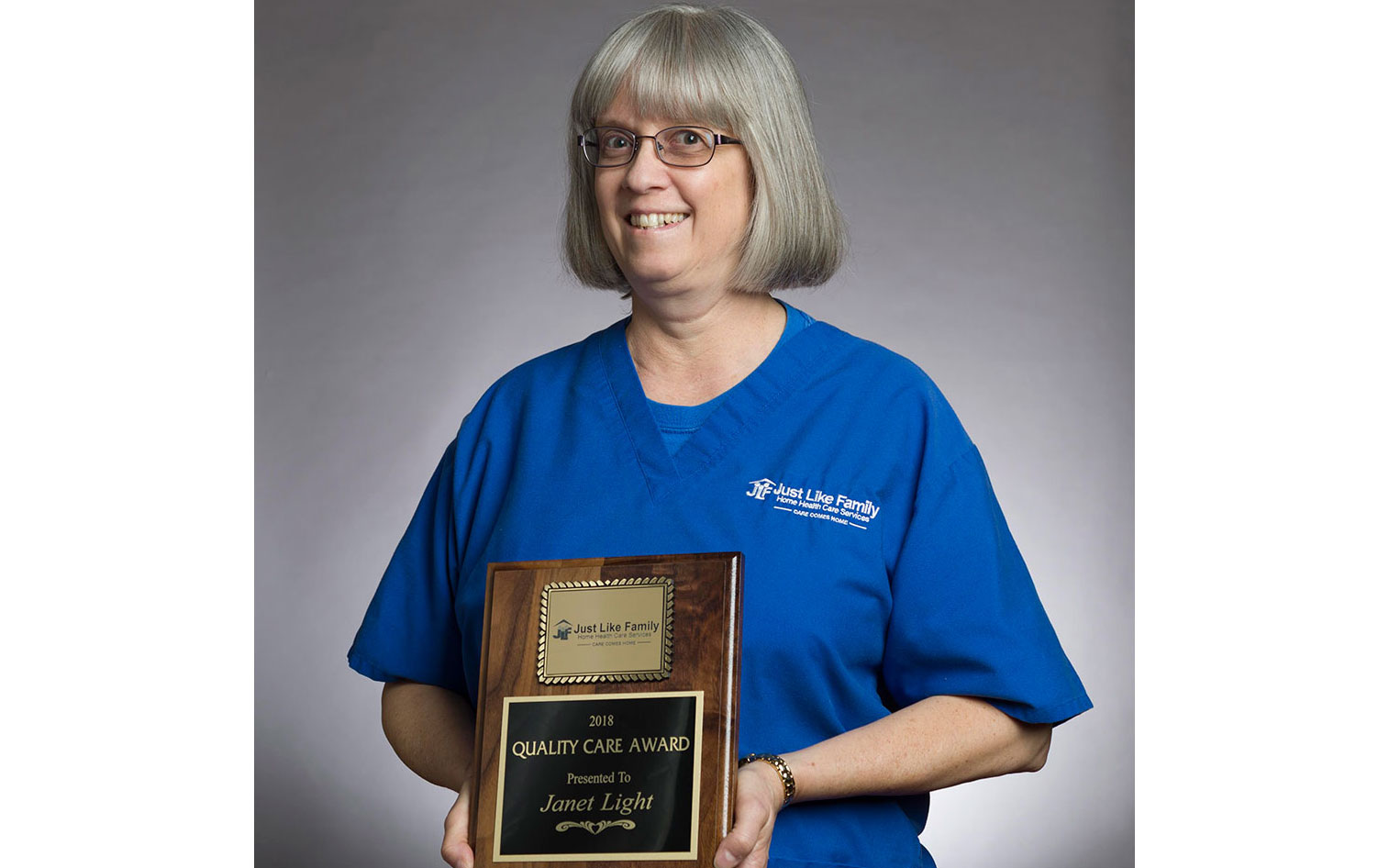 Janet Light, LPN, has been selected as the Caring Hands Award recipient for the month of September because of her lively personality and nurturing hand for others. She has been employed by Just Like Family since April of 2012.

After previously being a substitute teacher for several years, she moved into the health care field and became a nurse’s aid. Janet completed the LPN program at the Lebanon County Career and Technology Center in 1990. Other than working for Just Like Family, she had previously been at Masonic Home and Cornwall Manor. Janet has been in the nursing profession for 33 years.

When asked what she enjoys most about working for Just Like Family, Janet stated, “Time spent with clients is very rewarding because I have the time to focus on their needs and listen to their concerns and joys.”

When Janet isn’t working, she enjoys playing French horn in the Keystone band as well as singing in the church choir.